This project is supported by the European Union

On Monday the German delegation welcomed French and Italian students and teachers with a meet and greet night. French students arrived at 10.00 am in Berlin and met their own German host at 12.00 at DHG School and they met the host family. At 4.00 pm the Italian delegation arrived in Berlin where a German teacher picked them up and guided them to school where French and German student welcomed them.

At 6.30 pm the welcome party began with some games. The first game was a presentation activity where everyone had to say their name and an animal that they would like to be. Then we played a more dynamic game, in which everyone was sitting on a chair except for one person who was at the center of the room asking questions about interests and characteristics of everyone. For example, the person at the center had to say “the strong wind blows for everyone who… “And then something that a group of people was able to share, like “having a pet”. The people who had this characteristic had to stand up and find a new chair, so there was always a different person in the center asking questions. 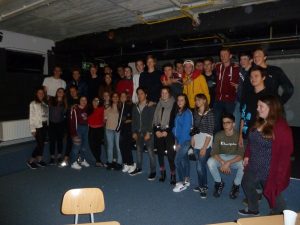 The last game before eating was a face to face one, where everyone had to be in front of someone in order to talk about a topic to know better each other.

After that everyone ate something prepared by the German students while chatting about different topics.

As soon as everyone finished eating, we did a quiz game made by some German pupils about general culture of Italy, France, Germany and Denmark. The team who won received a special prize which consisted of a bag full of German Christmas sweets.

After cleaning the room every German host got back home with their own exchange student.

In the morning we presented our presentations for each nation. After that we got a tour around the school. Then we went to the cafeteria and got lunch. They had pasta-salad, chicken nuggets, salad, greek sauce, vegan food etc. 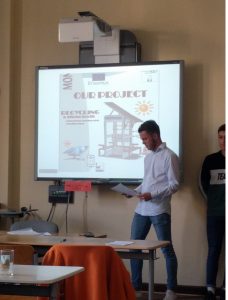 After lunch we were divided into two groups. We took the metro to get to Berlin centrum. The first group went to a part of the berlin wall with chewing gum stuck to it, and then we went into the Sony center, this place were once called no mans-land. 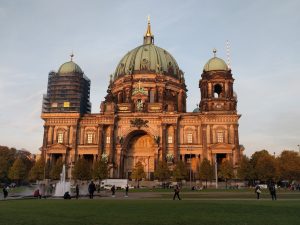 On Wednesday morning we took the bus to a small village called Feldheim. Feldheim is located a little north from Berlin. It´s a very small city with only 130 citizens. The city has no school for the children and no stores either. They have to drive to another town to do so. Feldheim has 55 windmills, which we got to see. We even went inside one of them. They even have an old wind turbine at the ground, which you can get into also.  Each year Feldheim saves 295000 liters of heating oil by using biogas instead.

The city is self-sufficient. Meaning they´re producing all electricity from ecofriendly sources. In Feldheim they use windmills

and biogas as energy sources. The biogas is used for warmth and the windmills produce electricity.

During the stay in Feldheim we went on a quick guided tour, where we got to see the biogas facility from the outside. The process of making dung and food crops into usable biogas is very long and complicated. There´s so many steps that are important to get the final product. The way biogas occurs, is when bacteria starts a fermenting process in the tank. The fermenting process ends in methane being released. Which is what the households gets as a final product to keep their houses warm. In the winter Feldheim burn wood too to make sure the houses stay cozy. Afterwards we made our own “biogas” using yeast, sugar, flour, a little salt and water. The same thing happens here, it´s just CO2 which is released from the mixture instead. 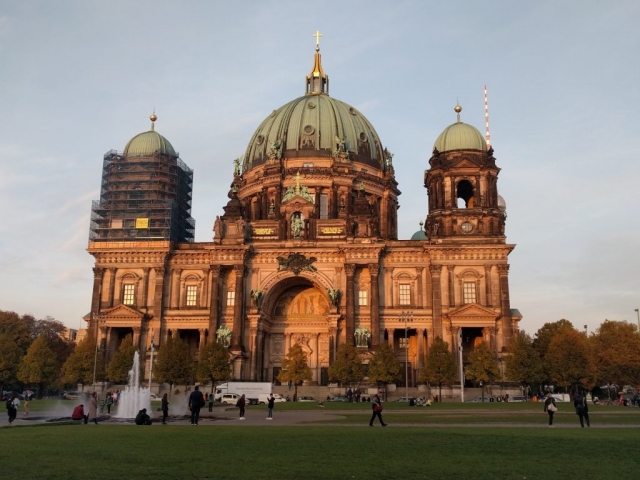 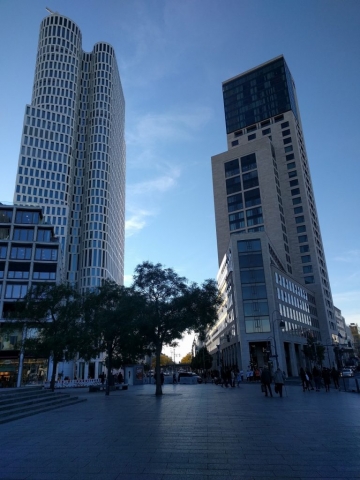 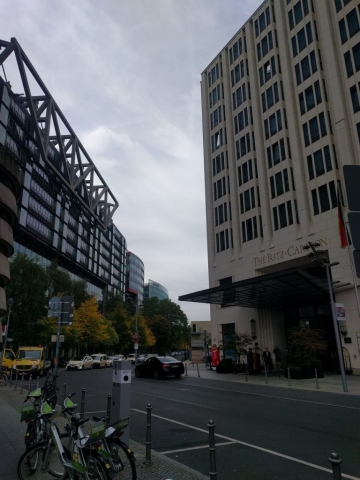 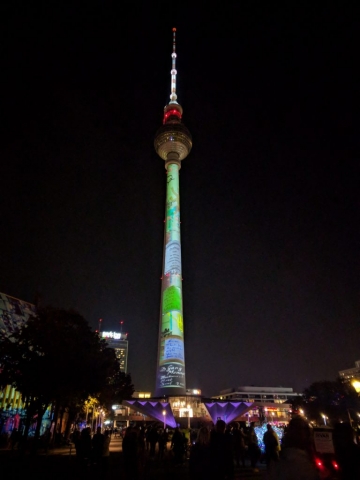 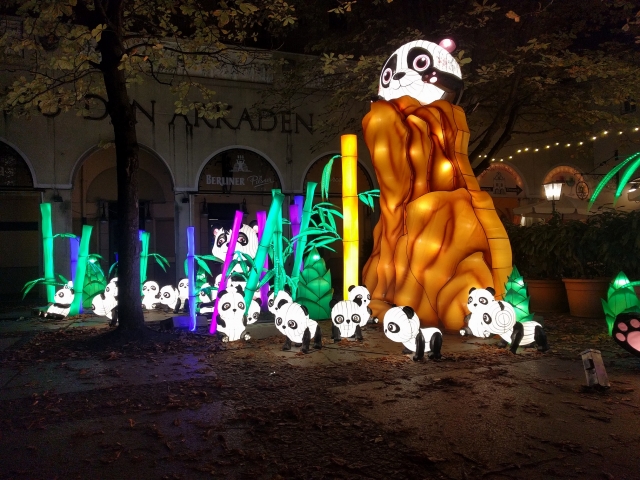 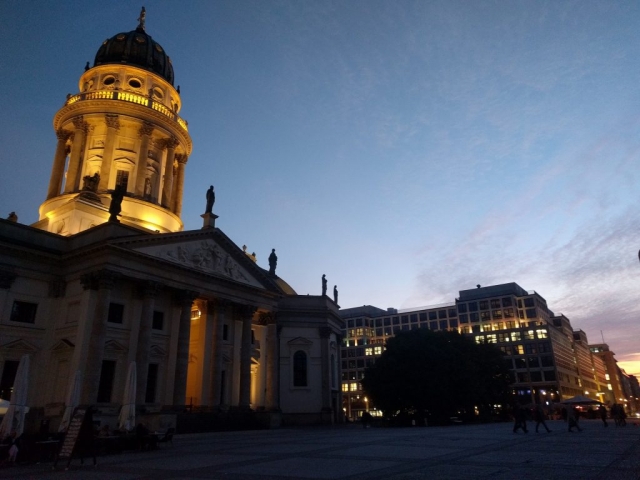 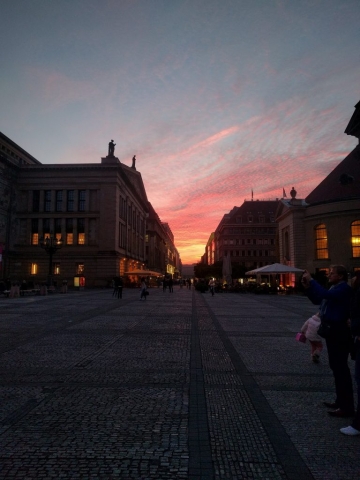 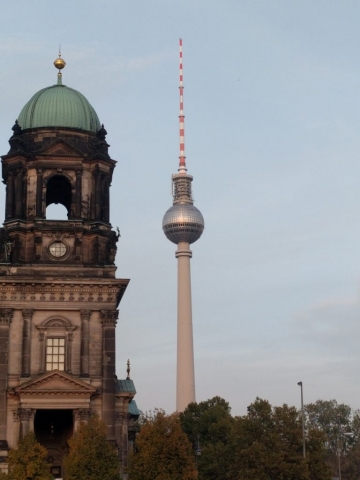 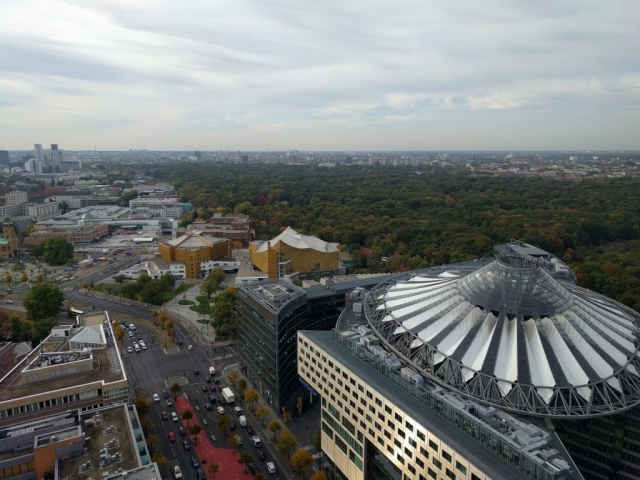